The Pinkerton Man Series is Back

For a limited time only, you can get the re-released version of the Pinkerton Man Series Bk 1 & 2 for just $.99. Good through June 1st. 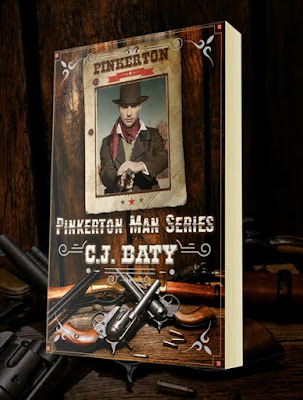 Happy Birthday to Me!

Every day is a challenge in this life. Some days more than others. The past three months have been a challenge for me. So much so, that writing has become something I dreaded and feared. I won't go into a lot of detail so as not to sound like a whiner, but...it sucked. This was going to be my breakout year and I've had nothing but set backs and the year is half over!

I've been contemplating what I really want to do. How do I move forward in a positive way? Can I do this all on my own efforts? The answer came to me this week, as I contemplated turning 61 this Saturday, May 27th. Hell, yes I can!

So in the weeks and months to come, you may not see me on social media as much as I have been. There are stories to edit, covers to pull together, WIP's to finish and work to be done.

In the next two months, you will see the third Warfield Hotel Mystery book titled "Roaring Waters" and for the holidays a "Warfield Hotel Christmas", a novella bringing all the couples together to celebrate. You can also expect to see the re-release of the Pinkerton Man Series Bk 1 & 2, plus the release of the third book in the series by the end of 2017. I also hope to have the first book in a new series, the Knight's Club available by the end of the year as well.

On top of all of that, I will be attending three book events this year where I hope to see some of you.

Details for tickets will be coming over the next few months.

On a side note, my daughter gave me an early birthday present this year. Tickets to the amazing Broadway show "Kinky Boots"! OMG, if you every get the chance to see this go, go, go! I'm still feeling the chills.

Love you all. Hope your holiday weekend is filled with happiness, family and friends.

Come to the Oaks Review 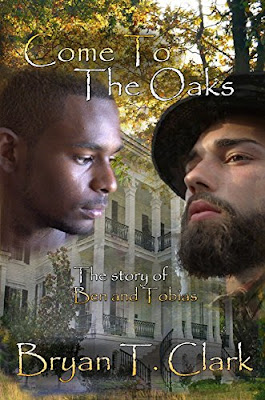 The first thing that gripped me about this story was the stark and depressing description of the slave boat and the people trapped there. The author tells us from the very beginning that this book is a work of fiction and yet, there were times I felt I was right beside Mamadou Masamba on his long journey.

Historical stories can be dull in their need to describe every building, article of clothing or food that is consumed. I didn't feel that way with this book. Every detail was there for a purpose to enrich the story of Ben and Tobias.

Tobias (Mamadou) was confused in his new world. Rightly so. He had lost everything and they took his name as well. He struggled to understand the workings of the plantation and how it was possible for one man to own another. His remembrances of his life in Africa, at times brought comfort but mostly kept his desire to return home alive in his heart.

Ben Lee, the son of the plantation owner, was a slave to his upbringing. Importing slaves had been outlawed, yet men like his father kept buying from slave traders. In his heart, he knew it was wrong but he didn't know to escape the future his father had cast for him.

From the moment Ben laid eyes on the young black slave, he had to have him. Tobias brought out the hidden desires Ben had kept buried inside for a long time. Though Ben owned Tobias, he didn't treat him as a slave which caused problems for both young men. They became friends and then so much more.

Hardships came and Ben makes the brave decision to take Tobias and run. The last half of the story focused on their dangerous quest to find freedom. Dealing with the Underground Railroad system and yet trying to keep their feelings for each other hidden as they traveled.

I won't given anything else away. I enjoyed this story for several reasons. I'm a Civil War buff. I am from the parts of Kentucky mentioned in the story. My ancestors were tobacco growers, too. Though to my knowledge, my ancestors never owned any slaves. And at its heart, it is a MM love story between two beautiful characters. For most, I enjoyed this book for the excellent writing and storytelling skills of Bryan T. Clark.

He took a fictional story and made me ache for these two young men who were forced to exist in a world torn apart by bigotry and war. Reading this book will make you feel many things...regret won't be one of them.