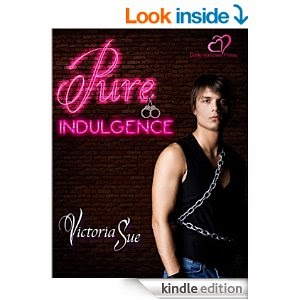 
I recently met Victoria Sue through a link on Facebook where we are going to be teamed up as table mates at IBF 2015 (see the links in the righthand column). As I love to read M/M as well as write it and I knew she had books available I thought I'd pick up one to give it a try. I've got to say I am so glad I did.

Joe, new ex-cop and Dom was nothing like the story Dom's I'd read before. It seemed to me that the more I read about Joe, he just wanted someone to take care of and I wanted him to have someone to take care of. Two failed marriages left him feeling like he wasn't loveable and would never have a real relationship in his life. Discovering that he was extremely attracted to young twink Adam came as a complete shock to him. He was not gay!

On the other hand, I believe Adam knew exactly what (who) he wanted and he was frustrated when Joe wouldn't take the hint. He went so far as to commit to submitting to a Dom who was obviously not nice because Joe would not voice that he wanted Adam. Learning to trust Joe enough to reveal his sad history was a big issue for Adam to overcome and brought tears to my eyes.

The mystery in this story was another great part of the read. I was kept guessing as to who the bad guy was until the very end and yes, I was surprised.

I appreciated that the author didn't go into great detail about scenes in Club Pure. What was given was enough for me to imagine what was going on. I didn't need details to see it. What I did see was true attraction and romance between two men who really needed each other. I've read other stories with lots more heat but I've seldom read a story with this much heart.

This book is worth your time. Five flowers because of the well written mystery and the chemistry between the MC's.

Did you see my name in there?

You won't often hear me speak out on an issue. But when I was given the opportunity to be a part of something as wonderful as this, I had to jump in. There are so many in our world who are quick to step up for the wrong thing, how about we step up for a good thing. I'm giving and I hope you will too.

Diversereader Blogspot
at April 18, 2015 No comments:

I am so pleased to bring this to all of you. This is going to be my very first Bookfest as an author.  If you live in the Orlando, Florida area I would love to meet you. It is going to be so much fun. I'll be posting here regularly with updates.

Indie BookFest 2015 is a three-day event celebrating indie/hybrid/traditional authors and artists and their freedom of expression. Join some of your favorite authors for three days filled with a book signing, sessions, lunch, author meet and greets, an after party, and great fun!
You won’t want to miss the sessions throughout the day, where panelists will be speaking on a variety of topics relevant to readers, book lovers, and writers. Indie BookFest 2015 will be held at Caribe Royale in Orlando, Fl., on July 31, August 1, & 2, 2015
The Caribe Royale is located just 1.5 miles from the Walt Disney World® area!

Over 60 authors representing indie, hybrid and traditional publishing will be featured at this premier author and reader event.
Keynote speaker is multi-award winning author Jana Oliver.
This weekend is all about readers connecting and finding new authors to love. There are reader panels, a Fan Fare where readers can hang out with the authors, a Gothic Romance party, a gourmet luncheon, Author sponsored parties, and a book signing.
View the Schedule of Events
$75 Buys an Entire weekend pass which includes all of the parties and the luncheon Saturday!
Buy Tickets HERE
~~~~~~~~~~~
Are you a blogger? Get a blogger media pass for $50!
Help us promote the event!
It includes all of the above as well as a casual Author/ Blogger breakfast.
~~~~~~~~~~~~
Book your HOTEL! We have special pricing for our event.
~~~~~~~~~
Stay up to date on news. Join our Facebook Group

So excited to share this Elise Marion's The Guardians on sale now for just $0.99!


In the war between Heaven and Hell, they represent the balance ... THE GUARDIANS $0.99 for a limited time! http://ow.ly/LpZnr

16 SIGNED #paranormal #romance paperbacks up for grabs in the awesome #giveaway -----> http://ow.ly/LpZyr ALL entries get a free ebook! 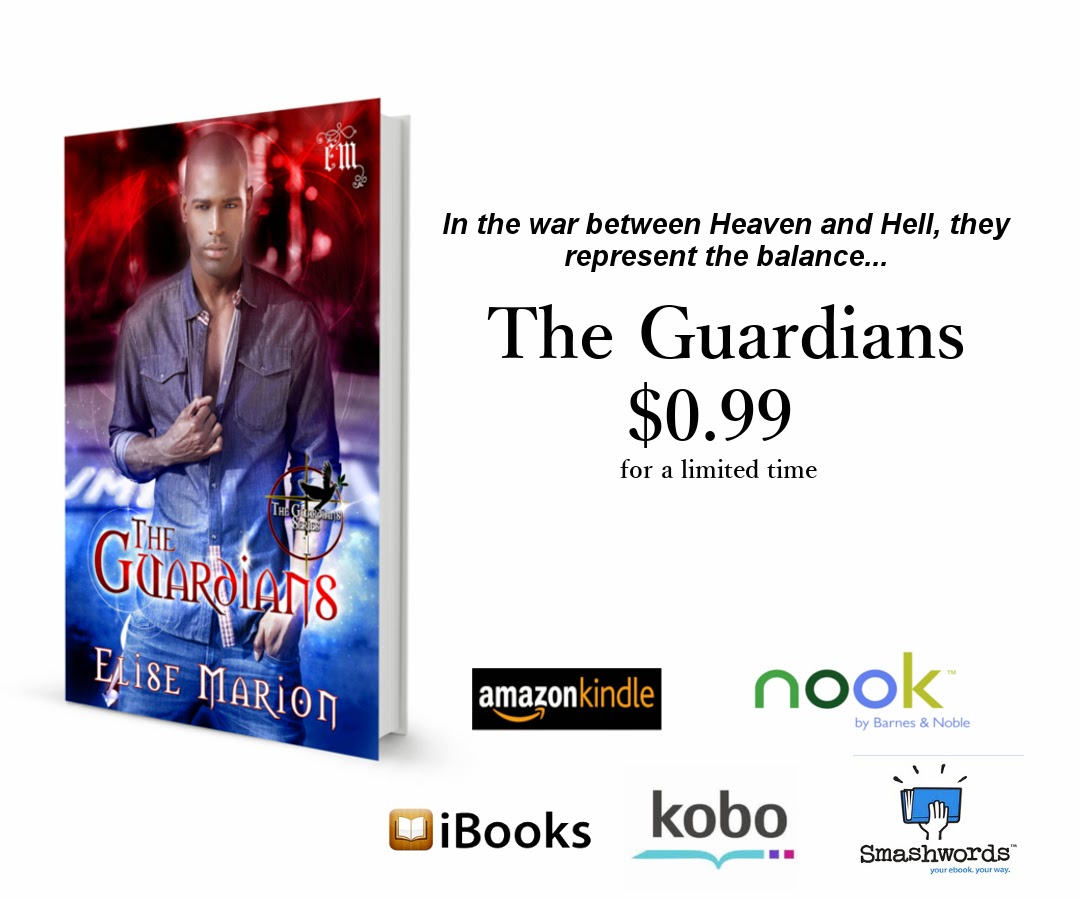