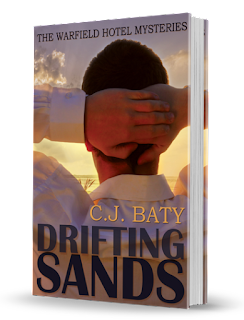 
As he approaches his fortieth birthday, Justin Warfield feels alone, drifting like the sand that blows along the beach near his family's hotel. He has done exactly as his father wanted. Married the right girl and carried on the family tradition of running the Warfield Hotel. On paper things seem perfect, but happiness hasn't been a part of his life for a very long time.

Marcus Drummond once spent a summer with his best friend Peter at the Warfield Hotel and fell hard for Peter's much older brother. Five years later he's back, and this time hopes that Justin will see him as more than his kid brother's friend.

Sparks fly when the two meet again, but there are a few things standing in their way. The closet that Justin has himself buried in and someone on a killing spree, dumping bodies on the Warfield beach . . . victims that indicate Justin may be involved in some way. 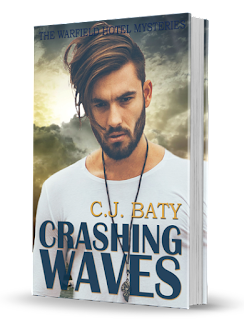 
Justin Warfield ran away to Italy to put the events of last summer and a certain dark-haired private eye behind him, to no avail. If anything, he can't help but rehash what happened over and over. When he finally returns to South Carolina, the hotel he runs with his brother has suffered a series of incidents that are starting to loos less accidental after a death threat is received.

Not satisfied that Moses Lee and his local police will find the culprit, Peter Warfield calls in the services of his good friend Marcus Drummond to help. Marcus is torn. He wants to help his friend, but he also knows that if Justin has moved on after their failed
flirtation last summer, he will be devastated.

Tensions mount as danger seems to follow them at every turn, stalking them as they get closer to solving the mystery of who is behind the sabotage of the hotel. 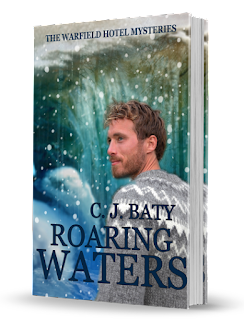 Damien Fitzgerald  has lived through hell and is determined to never let anyone get close to him again. A fervent reporter, he throws his life into his work and doesn't care whose toes he steps on. But someone else does. He's got a stalker, and the messages are growing increasingly threatening. He turns to his best friend, Justin Warfield and his lover, Private Investigator Marcus Drummond. Seems like a good idea until Robert Wyler becomes part of the package.

Robert Wyler, the manager of the bar at the Warfield Inn, has always been misunderstood. Sure he takes care of his body, wears his hair long and likes tatts, but that doesn't mean he's domineering. A cold exterior hides the more passionate man inside. Men like Damien Fitzgerald get on his nerves. Too good looking. Too arrogant. But when Justin and Marcus needed his help to guard the man from a stalker, Robert couldn't say no.

Damien and Robert have a history. Whenever they are near each other sparks fly. Can Damien and Robert get past their prejudices to find the real men hiding underneath. Will they find love before the stalker gets to Damien and their chance at happiness is destroyed forever . . . 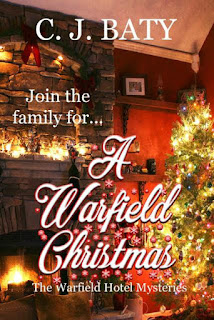 Peter Warfield wanted a Christmas like none before. A celebration of putting the past behind them. Leaving Bradley Warfield and Moses Lee buried in the past. A new tradition of love and happiness for future generations.


But, no one was cooperating.

You are invited to celebrate the holidays with Peter, Sally and their daughter, Lily, at the Warfield Manor. There’s no murder to solve or a criminal to catch, but there are secrets to be revealed.

Justin Warfield and Marcus Drummond are speaking or telling anyone else what is going on. Damien Fitzgerald and Robert Wyler have been out of the country but is that really the truth. Sally’s been trying to tell Peter something important for weeks but he’s so wrapped up in Christmas, she can’t get through to him.

Catch up with the rest of the Warfield extended family: Richard Brooks, Daisy Lee and their son Alexander, Krystal Smith, Winnie, Michaels and all the rest. One thing’s for sure, it will be a Christmas the Warfield’s will never forget.