Looking forward to seeing all of you there! Please join us for the fun and good times. Orlando will never be the same!

Indie BookFest 2015 is a three-day event celebrating indie/hybrid/traditional authors and artists and their freedom of expression. Join some of your favorite authors for three days filled with a book signing, sessions, lunch, author meet and greets, an after party, and great fun!
You won’t want to miss the sessions throughout the day, where panelists will be speaking on a variety of topics relevant to readers, book lovers, and writers. Indie BookFest 2015 will be held at Caribe Royale in Orlando, Fl., on July 31, August 1, & 2, 2015
The Caribe Royale is located just 1.5 miles from the Walt Disney World® area!

Over 70 authors representing indie, hybrid and traditional publishing will be featured at this premier author and reader event.
Keynote speaker is multi-award winning author Jana Oliver.
This weekend is all about readers connecting and finding new authors to love. There are reader panels, a Fan Fare where readers can hang out with the authors, a Gothic Romance party, a gourmet luncheon, Author sponsored parties, and a book signing. 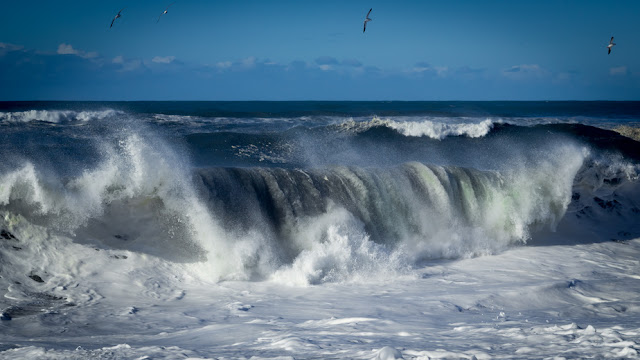 I wanted to share an excerpt from Crashing Waves with all of you to give you a taste of what is to come in Book 2 of the Warfield Hotel Mysteries. Hold onto you hats, this is going to get X-rated fast.

The room was spinning or he was spinning. It didn't matter which it was because he just wanted it to stop.

A soft chuckle floated up to him from the floor. He looked down which made his head spin, even more, to see a pair of eyes smiling at him from behind a pair of dark rimmed glasses.

"You want me to stop," a soft throaty voice asked.

Wet warmth engulfed Justin's cock and he groaned loudly. Closing his eyes, he forgot about the spinning room and concentrated on the feelings spreading through his body.

He reached down with his hand to feel the silky hair on the head of whoever it was whose mouth was giving him such a mind bending blowjob. It felt so damn good. Everything he did was bringing Justin closer and closer to the place he needed to be. Whoever this guy was, he knew exactly what he was doing to Justin. Every drag of his lips down the length of his shaft and the just right suction as he pulled back was bringing him closer to the edge. He hoped he sobered up enough to remember this and remember to ask the guy his name.

Just when he thought he was going to explode, cool air brushed against his sensitive skin and it made him ache. He missed the warmth of the man's mouth around his cock.

"Turn around," the throaty whisper was back but it was closer now. Right next to his lips.

He did as the voice said and hands helped him get comfortable as he leaned over the back of a large arm chair. The leather of the chair caused his heated skin to prickle with goose bumps. He was naked. When had he taken all his clothes off?

The touch of slick fingers in his crease brought him back to the moment. A single digit pressed into him and the familiar burn tingled along his spine.

"Damn, baby, you're so tight. Relax for me, Just." The voice cooed against his back where moist lips left tiny kisses against his shoulder.

The pressure of the finger pushing in and withdrawing soon became not nearly enough.

Another finger and more wetness joined the first. Whoever this guy was, he was treating Justin like a lover not a quick fuck in the backroom of the Club. An emotion Justin hadn't felt in a long time, touched him deep inside to be treated so tenderly. A third finger pressing into his entrance stopped his breath and made him cry out.

He pushed back on the fingers wanting them to go deeper. A graze across his gland had him bucking with every press inside him.

"You ready for my cock, Just?" The fingers withdrew leaving him panting and wanting.

Justin heard the distinctive sound of foil being torn. Yes, he needed this. Needed to be fucked into that space where nothing else exists. No thoughts. No pain. No emotions. Just the sensation of your body melting into nothingness.

Well? I'd love to hear from you think. Drop me a comment and let me know.

It's been a few weeks since I last posted so I guess this is a good time to catch everyone up on the latest goings on.

Drifting Sands, Book 1 in the Warfield Hotel Mysteries is out and thanks to many of you, doing well. If you have purchased it or won a free copy, please leave a review where ever you got it. Anyone can leave reviews on Goodreads and I'd love to see what you think about the story.

This week, I finished Book 2 in the Series, Crashing Waves. Justin and Marcus's story continues with more mystery, murder, favorite characters and some new ones too. It will be on it's way to the publisher very shortly. If all goes well, you should be seeing it become available in late fall.

I'm also happy to announce that there will be a Book 3 in the Warfield Hotel Mysteries, which will see Justin and Marcus helping a friend who has a serious problem.

Up next for me is the Indie Book Fest 2015 at the Caribe Royale Hotel in Orlando, Florida on July 31st, August 1 and 2. Check out the link below for more information. There will parties, giveaways, fun, books and signing authors galore! Hope to see you there. 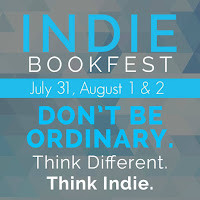 Please note that the group of authors who originally put out the Hot Summer Nights series has disbanded. Due to this the anthology, Hot Summer Nights Book 1 is no longer available in ebook format. The paperbacks will be available for a short time and will be gone too.

So my story His Island Paradise is going to be reworked and extended for release later in the year as a stand alone short story. I'll announce it hear first when it's available.

Talk to you soon!