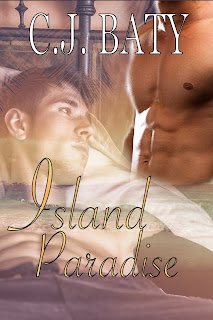 Gar Lancaster wasn't depressed, no matter what his sister, Nellie, said. He didn't need a trip to a tropical island to meet some guy for a vacation romance. Sex was easy, he could get that. Love and commitment, those were two other things entirely. But when Mike Peters kissed him on the balcony under a sea of stars with the pounding waves hitting the shore below them, things changed.

Maybe, he didn't need a happily ever after. Maybe happily for right now was okay. Whatever, happened, Gar was pretty sure he was in way over his head.

"So, when are you going after him?: Neilie had asked that question for six months.

Now, Gar was on his way back to Dasia Island for a friends wedding. Happily for right now hadn't worked for Gar. He missed Mike and what they had shared on the island. The question was did Mike feel the same way? There was only one way to find out if there was a happily ever after in his future. Face Mike and ask him. 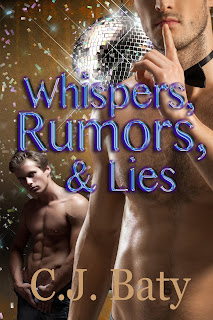 Lucky Valentino didn't believe in love. It was nothing more than whispers, rumors and lies. His world was just fine with the men who passed by for a moment. Even when his brother Adam tried to convince him, he still didn't believe it. That is, until he saw an angel's silhouette in a window above the new dance club, Wings.

Angelo Martin moved to Phoenix to start over. He was tired of the whispers, rumors and lies that had plagued him for years. Wings was a chance at a new beginning and the last thing he ever intended to do was fall in love again. The club was a huge success, even with Angelo's rule about no sex in the club.

One dance between two strangers, made them question everything. One night passion, changed their worlds forever. Could one broken rule make Lucky and his Angel believe that love was so much more than whispers, rumor or lies? 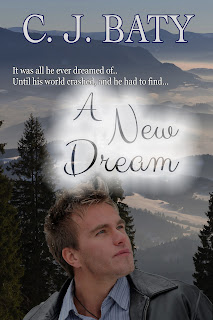 Walt Thompson had started training for the Olympics when he was just in grade school. Skiing was like second nature to him. It was all he had ever dreamed of. A great coach and a fabulous sponsor and he was on his way.

Until a freak accident on the slopes at the the winter try outs, left him with a broken leg and a very dark future. On top of all that, the man he thought he was in love with walked out. Leaving him to deal with the pain of losing his dram and going on with his life alone. Years later, he found himself working as the ski instructor at his family's lodge. This was not the dram he had wanted.

Then one day a handsome man literally knocked him off his feet. Curt Woodridge was an entertainer. He was singing in the lounge at the family lodge. Could this be the beginning of a new dream for Walt or just another crashing blow to his already fractured spirit?