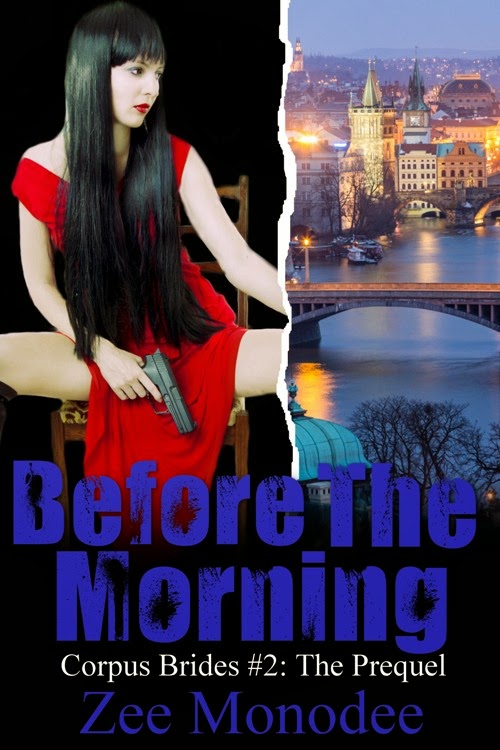 In this stand-alone prequel to the explosive Corpus Brides romantic suspense/espionage series, find out how everything started when one of the agency’s deadliest became the target of a rogue faction.

Before the morning
...is the time of greater darkness...

A trained killer with borderline sociopathic tendencies
Rayne Cheltham traced out her life's path when she was twelve: she would marry her best friend and bear his children, and in the process, stifle the restless edge in her. When he vows never to marry, she gives in to the darkness and becomes a clandestine agent—until the day he walks into her world again, and her carefully fabricated façade crumbles.

A former cop burned by life and his personal demons
When Ash Gilfoy meets a woman who reminds him of his childhood best friend, he starts upon a path that leads him down into the abyss once again. The day Rayne waltzes back into his life, he knows she is his second chance, and the one who will save him.

Each thinks the other is their redemption...until they discover how deep darkness goes inside both of them
The secrets between them make them sit on a keg of gunpowder with a lit fuse in their hands. Rayne’s whole life is built on a lie, and the truth is threatening to explode in their faces. But that is not the only menace they have to face. Someone is out to get Rayne, and she must disclose her secret past before it is too late.

Can Rayne and Ash survive all that’s thrown in their path? Can they hang on to the last thread of their relationship, and can they emerge, still together and still alive, in the morning after the deepest darkness?