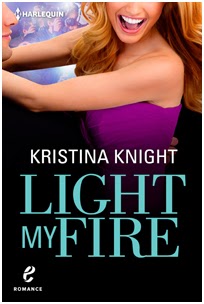 Here's a Blurb Just for You!

Nate furrowed his brows, annoyance clear from his expression. “Come on, Lil—”
“No.” She cut him off with a wave of her hand. “I have a brother, a family and more friends than I know what to do with. What I need is a career, and what I’d love is someone to fall in love with. I’m working on the career thing, that’s why I took this job. And don’t worry. I never hoped that ‘the someone to fall in love with’ was you. I just thought we could have some fun.” She ignored the pang in her heart at the untrue words, and then took a deep breath and pushed away from the table. “Now, if you’ll excuse me, I have—”
The heel of her boot caught on the thin metal rung halfway down the tall chair. Lily grabbed for the tabletop with one hand while the other flailed for balance, but the boot-and-rung held firm and she felt her other foot sliding beneath her. And then Nate was there, steadying her, holding her free arm and propping her body up with his own. Lily ignored the rush of heat that followed.
“Yeah, you don’t need to make that kind of impression on the suits or the paparazzi.” He put his arm around her shoulders and started for the bank of elevators behind them. Lily pushed against him. He had the wrong idea. That wasn’t some drunken stumble, it was an accident. Plain and simple. “Stop it, Lil. The last thing your professional reputation needs is a bad rap. Let’s just get you away from the crowd and sobered up a little.”“Nate, sweetie.” Lily put all the ice in her voice she could find and casually traced her fingertips over his jaw. As if the touch meant nothing. As if she felt nothing.
That overwhelming urge to kiss him and then smack him was back. She didn’t need rescuing. Not from a too-high heel and a badly placed chair rung. If she were a woo-hoo girl, she’d use him. Use the silly misstep, play up being drunk and turn into a vamp once they were alone.
Lily couldn’t—no, she wouldn’t—do that. She wanted Nate, but more than that, she wanted him to admit he wanted her. Just as badly.
“I’m not drunk. Not even a little bit.”
“I’ve seen enough—”
She cut him off. “I tripped over the stupid chair rung and slid on the tiles. You can take off that imaginary white hat and put away the brother card. I’m not one of the woo-hoo girls who have to get drunk to get a guy. I’m going to dance.”
She pulled away from him, smiling on the inside at his annoyed expression. His clenched fists. Lily grabbed the first guy she could find, a soundman who worked in the staging area, interviewing contestants before and after their performances. He was the kind of guy she should want.
Straightforward. Not tied up in celebrity. The kind of guy who knew what he wanted and went after it. They slid into a mid-tempo dance when the DJ changed discs. The soundman was nice enough. Her chin rested against his shoulder, which was unfortunate because her view of the dance floor, or rather her view of one corner of the floor, was unobstructed. The man she danced with should make her tummy go all fluttery, but instead it was Nate, standing across the room and watching, who kept her attention. Her palms grew sweaty from the look on his face, not from the feel of another man’s arms around her.
He crossed his arms over his chest, the spinning red, green and blue lights catching on the eagle tattooed over one forearm.
The soundman twirled her around the dance floor until the next song started, a bass-heavy dance mix that brought more and more crew members to the dance floor. Lily danced her way across the floor, playing up to the music, but her attention never left the corner where Nate still watched.
Would he do something? Anything? She didn’t expect him to stalk across the floor and rip her out of her dance partner’s arms, but he wasn’t interested in her, so why not let her find someone who was?
Maybe she wasn’t so different from the woo-hoo girls, after all. Because she knew in her heart that every bump-and-grind move was for his benefit. Nate could play dumb all he wanted, but that night wasn’t just one of those things. Things had been tense between them for a long time before that limo ride.
She’d been dead sober, and while still annoyed at the paparazzi line, she wasn’t so far gone that she needed a one-night stand to get over the upset. And Nate…kissing her hadn’t been about coming to her rescue on the red carpet or being a friend. It couldn’t have been.
That kiss was need and deep wanting for the ten or so seconds it lasted.

Light My Fire: Copyright © 2014 by Kristina Knight used with permission of author/publisher

Once upon a time, Kristina Knight spent her days running from car crash to fire to meetings with 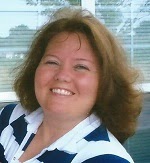 local police--no, she wasn't a troublemaker, she was a journalist. Her career took her all over the United States, writing about everything from a serial killer's capture to the National Finals Rodeo. Along the way she found her very own Knight in Shining Cowboy Boots and an abiding love for romance novels. Kristina writes contemporary romance with a smattering of sass, sex and (of course) drama, and she loves hearing from readers. And just like the characters from her favorite books, she's living her own happily ever after.