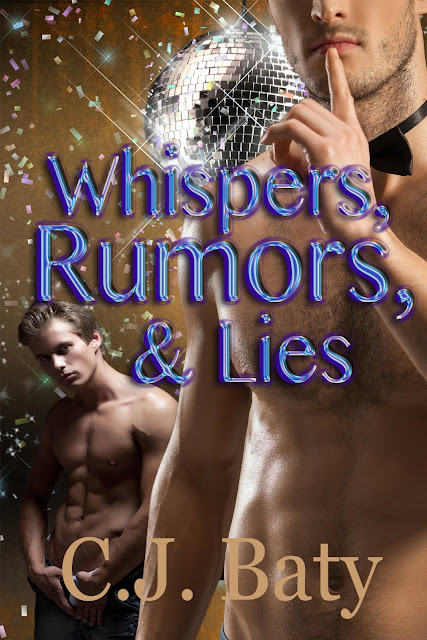 Lucky Valentino didn't believe in love. It was nothing more than whispers, rumors and lies. His world was just fine with the men who passed by for a moment. Even when his brother Adam tried to convince him, he still didn't believe it. That is, until he saw an angel's silhouette in a window above the new dance club, Wings.

Angelo Martin moved to Phoenix to start over. He was tired of the whispers, rumors and lies that had plagued him for years. Wings was a chance at a new beginning and the last thing he ever intended to do was fall in love again. The club was a huge success, even with Angelo's rule about no sex in the club.

One dance between two strangers, made them question everything. One night of passion, changed their worlds forever. Could one broken rule make Lucky and his Angel believe that love was so much more than whispers, rumors or lies?
at April 17, 2016