THE PINKERTON MAN
Stiles Langberry leaves England under the dark cloud of blackmail.
He resettles in America with a new name, becoming a Pinkerton Agent.
His new employer sends him undercover to a brothel that serves homosexual men, where prostitutes are being murdered. In the course of his investigation, he becomes involved with Paul, one of the prostitutes. Complicating matters, one of the suspects draws Stiles like no man before him. Stiles knows he must stop the killer before he strikes again. 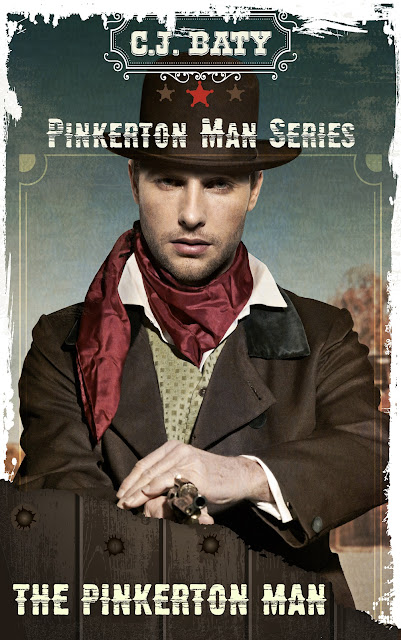 HOME ON THE RANGE
Pinkerton Agent Stiles Long is sent to the Circle W Ranch to uncover who is killing the ranch’s cattle. In order to discover the truth about the goings on at the ranch, Stiles has to prove to the ranchers he’s more than a good-looking city slicker.
Savage Beare, the head ranch foreman, is far from happy that Stiles is there to check things out. He has secrets of his own.
Stiles finds Savage incredibly good-looking, but cold and aloof.
He’s also a suspect. One of many.
When Stiles’ best friend and partner, Lizzie Ferguson, is kidnapped things begin to shake apart.
Stiles doesn’t trust anyone and he needs to find Lizzie before it’s too late. 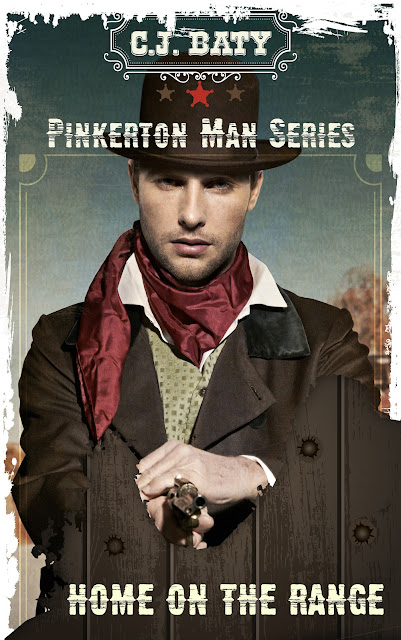 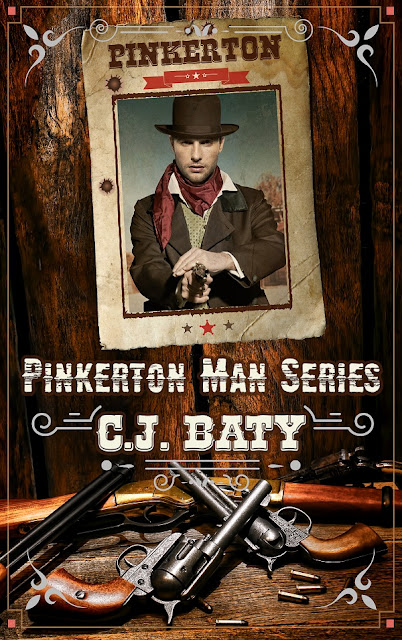 A deep voice coughed at his side. Stiles looked up to see an incredible pair of green eyes fixed on him. A feeling stirred in Stiles and he tested the waters by grinning at the gentleman to his left. He smiled back: a wide jubilant expression.
“Hello. Is that seat taken?” he asked, pointing at the seat across from Stiles.
Stiles waved his hand in a ‘have a seat’ motion and the man sat gracefully, facing him. Removing his hat, his eyes sparkled as he looked Stiles over. There was no doubt that he liked what he saw.
“Patrick O’Donnell.” He offered his hand to Stiles.
Taking the hand firmly in his own, Stiles felt the warmth and smoothness of the man’s skin. He was definitely not a rancher. Stiles doubted he’d ever done a hard day’s work in his life. Their hands lingered, entwined longer than polite society would approve. One more clue that he was as inclined as Stiles was for the company of another virile man.
“Stiles Long,” he said as their hands separated and they reclined in their respective seats, each observing the other.
“Where would you be traveling to, Mr. Long?”
“I’m headed for Mercer, Wyoming on business.”
“Business in Mercer.” He laughed. The sound was deep—smooth like the skin on his hand—and made the hairs on Stiles’ body stand to attention.
“Do you know the area? I’m looking at buying a ranch there.”
“Actually, I’m headed home to Mercer myself. I own the hotel and saloon in town. Patty’s Place. Will you be staying with me?” One corner of his lips turned up, giving his face the appearance of a one-sided grin. It caused Stiles to return the same.
“It seems I will be for a night. Though, I will need to hire a coach to take me to the Circle W Ranch as soon as possible.”
A shadow fell across O’Donnell’s face and a scowl reached the corners of those green eyes, which were now dark and stormy. “You’re looking at the Circle W to buy.” It was not really a question. It was more accusatory in meaning.
“Possibly.” Stiles decided it would be better to tread carefully until he knew more about Mr. Patrick O’Donnell. The man stayed a moment longer, then made an excuse that he needed to see someone else on the train. Stiles watched after him as he went and felt a little dumbfounded. What had just happened?

CJ BATY lives in southwest Ohio with her very patient husband and two encouraging children. Her heart however, lives in the mountains of Tennessee where she hopes to retire some day. The mountains have always provided her with inspiration and a soothing balm to the stresses of everyday life.
The dream of writing her own stories started in high school but was left on the back burner of life until her son introduced her to Fan Fiction and encouraged her to give it a try. She found that her passion for telling a story was still there and writing them down to share with others was much more thrilling than she had ever expected.
One thing she has learned from life and she is often heard to say is, “You are never too old to follow your dream!”
C.J. BATY can be found at:
Website: http://cjbaty.blogspot.com.au/
Facebook: https://www.facebook.com/profile.php?id=344242482358480&fref=ts
Twitter: https://twitter.com/cbaty
at June 24, 2016