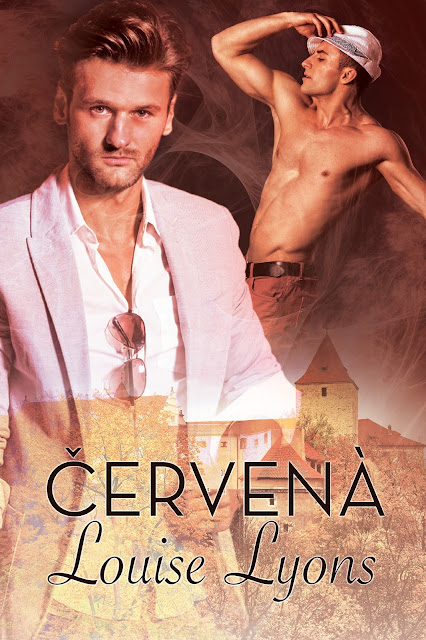 When Joel Jones finds homeless Russian, Sasha, outside his gay nightclub in Prague, he cannot find it in his heart to turn him away, so he offers him a home and a job as a dancer and stripper.
Despite a fifteen-year age gap, romance develops between them, but is interrupted when Joel has to return to England for many weeks to deal with a death in the family.
Upon Joel's return, he is horrified to discover his business partner, Karel, has gambled away the club's money and put them all at risk. Joel buys him out of the club, but when Karel continues to gamble, the people he owes pursue Joel for the debt instead—and they'll stop at nothing to get paid.
Suddenly Joel and those he cares about—especially Sasha—are in danger, and Joel finds himself with no choice but to seek the help of known criminal, Vincenc Jankovic. Ensuring a happy future for himself and Sasha will mean a struggle and some difficult decisions, but Joel is determined to protect what they've built together.

“Who’s there?” I took a step outside, peering into the darkness. The light from the kitchen window didn’t reach to the corners of the yard. There was no answer and I wondered if the disturbance had merely been a cat. A movement to the left where the bins stood caught my attention. “Hey! What are you doing?” I charged forward and a figure rose to its feet, hands held at shoulder level, as if I were aiming a gun.
A young man edged toward me, dark shaggy hair framing a pale face, the lower half covered by a patchy beard. A homeless beggar no doubt, looking for scraps of food. Winter was a tough time of year for these types, and I was a soft touch. “Do you want something to eat?”
He stared at me blankly.
“Can you understand me?”
He shrugged. I tried English instead. The many visitors from different countries had made me used to the frequent language barrier, but most people could speak at least some English. “Can I help? Do you want something to eat?”
“I’m sorry. I wasn’t stealing. Only taking what you were throwing away.” He spoke fluently, but with a strong accent that could have been Russian.
“It’s all right. I’m not angry. Will you come inside? I’ll get you something better to eat than scraps.”
He looked at the open door, his expression one of longing. “Please.”
Moving aside, I ushered him toward the door and smiled wryly. Karel wouldn’t be impressed if he were around. He thought I was too nice, and that beggars should be kicked into the gutter where they belonged.


Shivering, I hurried back into the kitchen and closed the door. I’d left my coat in the office, and my casual suit and open-necked shirt offered little protection against the cold. The young man’s long threadbare coat, its buttons missing, covered a thin jacket. Beneath that a couple of shirt collars and something knitted were visible. His loose jogging bottoms revealed a denim cuff at the bottom of one leg, indicating he wore jeans underneath, and worn hiking boots with broken laces covered his feet. The black hair framing his thin face was unkempt and in need of a cut. His beautiful green eyes, striking in their intensity, showed a mixture of fear and gratitude. I paused for a long moment, unable to look away, before I turned to open the fridge.