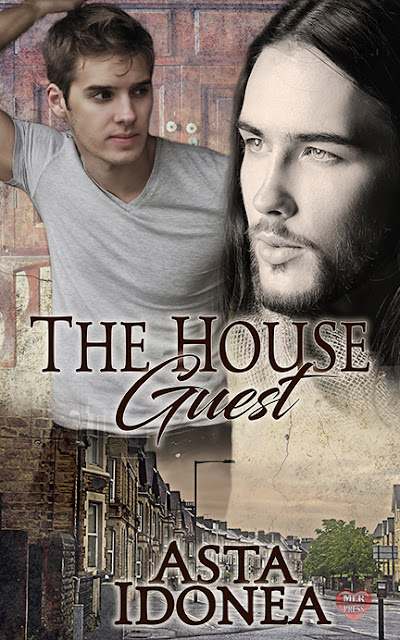 Zach is thrilled with his new flat, until strange noises disturb him. Who wanders his home at night, laughing and singing, and why is the place always spotless when he never cleans? There was no mention of a house guest in the contract, but it seems Zach has a nocturnal visitor.

Bogdan never expected to end up in Zach’s tiny flat, but now that he’s here, he intends to make the best of it. Zach seems preferable to his last master, and he waits for the right moment to announce his presence. He doesn’t count on Zach’s determination to seek out the truth himself in the meantime.

Excerpt
“Ha, ha, ha!”
Zach shot upright and blinked into the darkness. He strained his ears, listening for the smallest of sounds, but the flat was silent, save for the gentle creak of the window when the wind buffeted against it and the refrigerator’s soft hum. For a moment, he could have sworn he heard laughter, but it must have been his imagination, or else the remnants of a dream he had not realized had begun. Chastising himself for his jumpiness, he settled back down.
“Ha, ha, ha!”
This time he was certain it was no dream. There was laughter coming from within the flat. Someone was in the next room. For all he’d joked earlier in the day about how ridiculous the idea was, it turned out there was an intruder in his home.
Zach gripped the covers and wondered what to do. He’d left his mobile in the lounge when he went to bed, so he couldn’t call for help without going out there. What was the best way to deal with an intruder? Should he stay still and quiet and hope the man—the voice had sounded male—left without attacking him, or should he get up and attempt to scare him away by catching him in the act? Either seemed risky, but he needed to decide one way or the other. For a moment, he wished his older brother were there. Steven was a black belt in karate and a weightlifter. His strong build was better suited to putting robbers to flight than Zach’s skinny frame. However, Steven wasn’t present. He had no choice but to handle this alone.

Author Bio & Links
Asta Idonea (aka Nicki J Markus) was born in England, but now lives in Adelaide, South Australia. She has loved both reading and writing from a young age and is also a keen linguist, having studied several foreign languages.

Asta launched her writing career in 2011 and divides her efforts not only between MM and mainstream works but also between traditional and indie publishing. Her works span the genres, from paranormal to historical and from contemporary to fantasy. It just depends what story and which characters spring into her mind!

As a day job, Asta works as a freelance editor and proofreader, and in her spare time she enjoys music, theatre, cinema, photography, and sketching. She also loves history, folklore and mythology, pen-palling, and travel; all of which have provided plenty of inspiration for her writing.