Look what I have for you today!

The cover reveal for "Murder in New York" 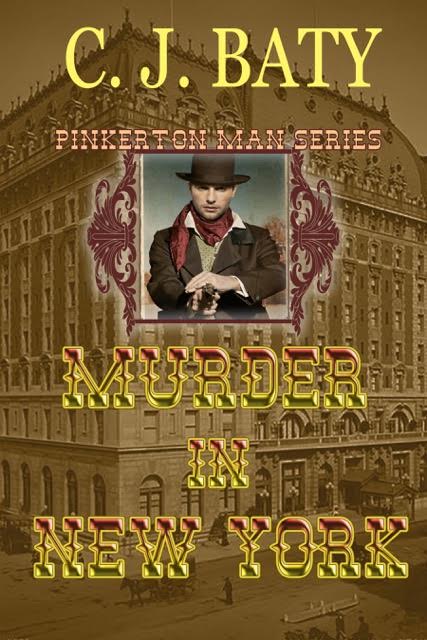 Coming back to New York to see her ailing father, Lizzie Ferguson did not expect to find him healthy and newly married to a much younger woman. She, also, didn’t expect to connect with an old lover and childhood friend or be accused of killing her father. But, life has a way of knocking you to your knees when you least expect it.

Stiles Long had always regretted that the killer, from his first case as a Pinkerton Agent, had got away. Now, in New York it was happening again. The Hotel Astor Bar was a meeting place for men who enjoyed the company of men. And, some of them were being brutally murdered. When one of the suspects from the original case appears at the hotel, Stiles is torn between his desire to stop a killer and kiss the man senseless.

Two different cases, but some of the faces overlap from one to the other. Stiles and Lizzie are in a race to discover who the killers are before another body gets added to the count.